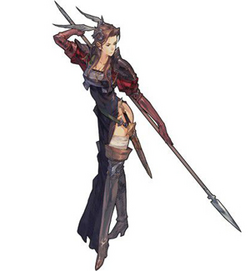 "A well rounded caster of attacks and healing spells who is also adept at the sword and spear-play. Able to move through water tiles." 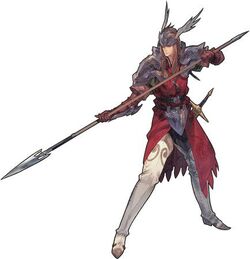 A very versatile class early on, if initially a bit weak in combat. They can heal and speed up your allies, making them a bit like combat-usable Clerics at the start. Later in the game, their Conserve MP skill allows them to cast powerful magic for free, which will include the multi-hit summons like Wisplight. HP Infusion is a quick way to heal a lot of damage in an emergency, so although Valkyries don't really impress until they have access to summons and Conserve MP, they are at least good at using support magic from the frontline or the rear.

How to Unlock: Classmarks are sold by general shops from Chapter 1 onward.

Retrieved from "https://tacticsogre.fandom.com/wiki/Rune_Fencer?oldid=6889"
Community content is available under CC-BY-SA unless otherwise noted.